Eating disorders are complex, distressing and highly dangerous medical conditions. Ironically, eating disorders aren’t necessarily about food. Instead, they are manifestations of internal misery. Binge eating and bulimia can be attempts to relieve stress, loneliness, and depression. Obsessive restriction of food intake can be an attempt to gain control, express anger or decrease intense feelings of anxiety. Disordered eating is not so much about what we are eating but rather what’s eating us. Self-indulgence and self indifference are two sides of the same coin. Be it starving or stuffing, both indicate significant internal discomfort, psychological distress and emotional disconnection. I personally know what it feels like to be under the influence of cheese stuffed-crust pizza.

Current media messages often idealize extreme body images, influence unrealistic expectations, and support harmful physical goals. Cultural objectification demands that males be muscular and females be minuscule (that is if they want to be accepted or acceptable). Our thin obsessed society reinforces the cognitive distortion that utopia is just another 10 pounds away. In reality, overvaluation of size and shape leads to a living dead life embalmed with self-denial, self-deprecation and chronic intense despair.

Did you Know…According to the National Eating Disorder Association:

• Anorexia has the highest rate of mortality of any mental illness
• Over one-half of teenage girls and nearly one-third of teenage boys use unhealthy weight control behaviors such as skipping meals, fasting, smoking cigarettes, vomiting, and taking laxatives
• Girls who diet frequently are 12 times as likely to binge as girls who don’t diet
• 42% of 1st-3rd grade girls want to be thinner
• 81% of 10 year olds are afraid of being fat
• The average American woman is 5’4” and weighs 140 pounds.
• The average American model is 5’11” and weighs 117 pounds
• Fashion models are approximately thinner than 98% of American Women
• Only 6% of people with bulimia receive mental health care
• More than 80% of women are reported to be dissatisfied with their appearance
• 95% of all dieters will regain their lost weight in 1-5 years
• 25% of American men and 45% of American women are dieting on any given day
• We spend over $40 billion annually on dieting and diet-related products yet our national body mass index (BMI) continues to escalate at an alarming rate
• Even though eating disorders are a serious health problem affecting people from all walks of life, funds spent on research for eating disorders averages less than $1 dollar per affected individual compared to more than $100.00 per individuals with schizophrenia

Anorexia:
The following criteria are considered when diagnosing anorexia:
• The individual maintains a body weight that is about 15% below normal for age, height, and body type
• The individual has an intense fear of gaining weight or becoming fat, even though they are underweight.
• The individual has a distorted body image. Some may feel fat all over, others recognize that they are generally thin but see specific body parts (particularly the stomach and thighs) as being too fat. Their self-worth is based on their body size and shape. They deny that their low body weight is serious cause for concern.
• In women, there is an absence of at least three consecutive menstrual cycles. A woman also meets this criteria if her period occurs only while she is taking a hormone pill (including, but not limited to, oral contraceptives)
The DSM-IV also differentiates between two specific types of anorexia:
• Restricting Type and Binge-Eating/Purging Type

Bulimia:
Bulimia is an obsession with food and weight characterized by repeated episodes of overeating followed by compensatory behavior, such as self-induced vomiting, laxative abuse or excessive exercise.
The following criteria are considered when diagnosing bulimia:
• Eating in a discrete period of time, usually less than two hours, an amount of food that is significantly larger than most people would eat during a similar period of time and under similar circumstances
• A sense of lack of control over eating during the episode, such as a feeling that one cannot stop eating.
• Recurrent inappropriate compensatory behavior in order to prevent weight gain, such as self-induced vomiting, misuse of laxatives, diuretics, enemas, fasting, or excessive exercise.
• Behaviors occur at least once a week for at least three months.
• Self-evaluation unduly influenced by body shape and weight
• Behavior occurs separate from anorexia nervosa.

Binge Eating Disorder:
Serious compulsive eaters make the best short-term dieters. More than one in three “normal dieters” progress to pathological relationships with food.
The following criteria are considered when diagnosing binge eating disorder:
• Develops food rituals (eats only a particular food or food group, excessive chewing, or doesn’t allow foods to touch
• Steals or hoards food in strange places
• Hides body with baggy clothes
• Creates lifestyle schedules or rituals to make time for binge- sessions
• Skips meals or takes small portions of food at regular meals
• Has periods of uncontrolled, impulsive, or continuous eating beyond the point of feeling comfortably full
• Does not purge or use other compensatory behaviors
• Body weight varies from normal to mild, moderate, or severe obesity

Some Food for Thought
• Dieting is the backside of binging. They travel together. There are no “good foods” or “bad foods.” Belgian waffles are not demonic and endive leaves are not virtuous. Food is food but we can use it in some very self-destructive ways.
• Girth does not determine worth. Some people use their home scales much like a personal NASDAQ. Tracking their numbers closely to see if they are up or down then bracing for another wild ride on their weight driven emotional roller coaster. To compare is to despair. Self-awareness, self-acceptance, and self-care are the breaks that put an end to this very dangerous ride.
• The past may be over, but it’s not necessary done with. When a grain of sand irritates an oyster, a pearl results. When a nagging memory irritates a compulsive overeater, a binge results. Releasing the weight of the past often involves clinical therapy. Most people would hire a translator if they were touring a foreign land where they didn’t speak the language. The human mind is much like a country that is still not fully explored. The mind has a language of its own and a good therapist can guide and translate.
• Attempting to heal from an eating disorder requires more than just willpower. Having a strong support system coupled with professional help will be necessary. Without a recovery safety net, best intentions usually end in failure. One woman described her experience this way, “Somewhere along the line, I decided it was just too dangerous to get my hopes up.” Impaired thoughts, feelings of hopeless, worthlessness, self-disgust, and social isolation are eating disorder’s best friends; therapeutic help and 12-Step support groups are its archenemy.
• Satisfying work, supportive relationships and a safe place to call home are all important ingredients for sustainable recovery. Recreation (re-creation) and spontaneous play are much like defragging a computer. The process frees up space, enhances efficiency, and limits the likelihood of crashing. Being in nature can be a satisfying sensory smorgasbord. Internal fitness requires every bit as much focus as physical fitness.
• Seek help without delay if you or a loved one is suffering from an eating disorder. Life is an adventure to be lived not an exasperating food fight to be endured. 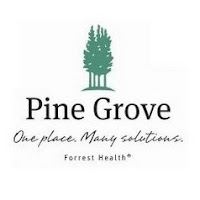